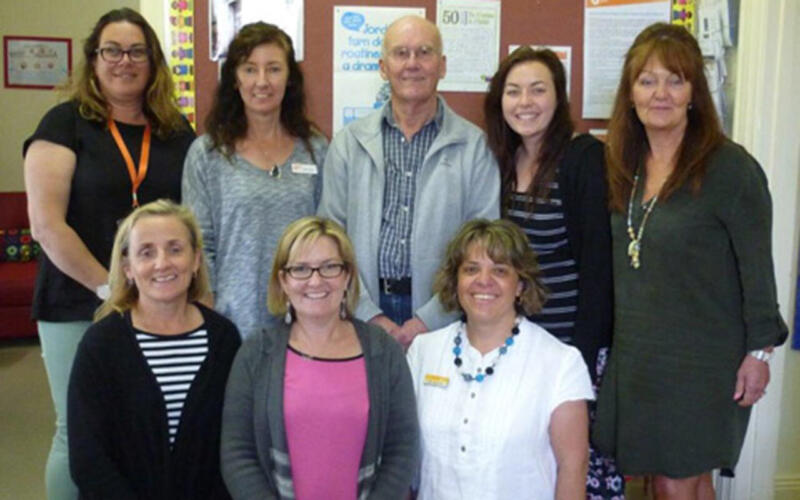 For 34 years Ken Bunn has been a volunteer at our Geelong centre.

Ken, now in his 70s, after a lifetime residing in Geelong is moving to Sydney to be near his two adult children. In recent years he has made numerous trips up and down to see them but has decided now is the time to move North.

For a number of years Ken also served on the Noah’s Ark Geelong Sub Committee and Team Leader, Silvana Bongiovanni says his wise counsel will be missed. Ken’s first association with the centre was as the Architect/Builder when the Centre, a building owned by Noah’s Ark was undergoing major renovations but with that work done he decided to remain on as a volunteer. His unpaid work has included painting the interior, replacing the weatherboards, fixing doors and whatever other maintenance Silvana needs done.

Silvana describes Ken as an integral part of the history of the Geelong centre and will be missed by the parents, children and the other dedicated Geelong volunteers Judy Boehm, Michelle Lever and Robyn Farren who began supporting our playgroups and who now support the City of Greater Geelong parent to parent playgroup, Little Stars, who operate from Geelong Noah’s Ark. Another Geelong Volunteer, Jason Farley, when not working at his regular job, comes to the centre to keep the garden well maintained.

Thank you Ken, Noah’s Ark will miss you!