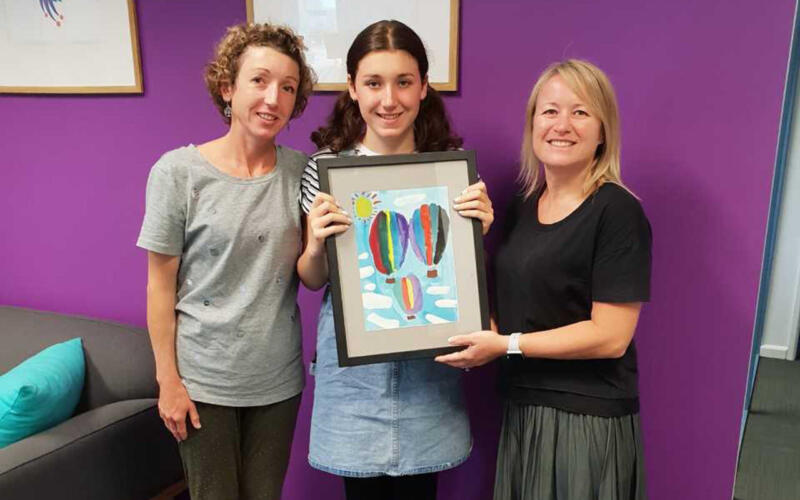 Zalie loves to express herself through art as a form of communication. She and her twin brother, Flynn, both have Autism Spectrum Disorder and attended Noah’s Ark (previously EPIC) as pre-schoolers between 2005-2007.

At that time, Bundoora Team Leader Lynn Duncan was the consultant Speech Pathologist to Zalie’s key worker, and both Zalie, Flynn and their family attended groups that Noah’s Ark ran, as well as receiving home and community visits as required.

Zalie now attends Concord School in Bundoora and is an accomplished artist. She has had her work exhibited in community fine art galleries, universities and cafés across Melbourne and The Art of Autism in California in January this year.

Zalie’s mum Joanne reiterated the importance of the early assistance she received. She was keen to share that Zalie and Flynn are both doing well at their respective schools and have just been successful obtaining their driver learner permits.