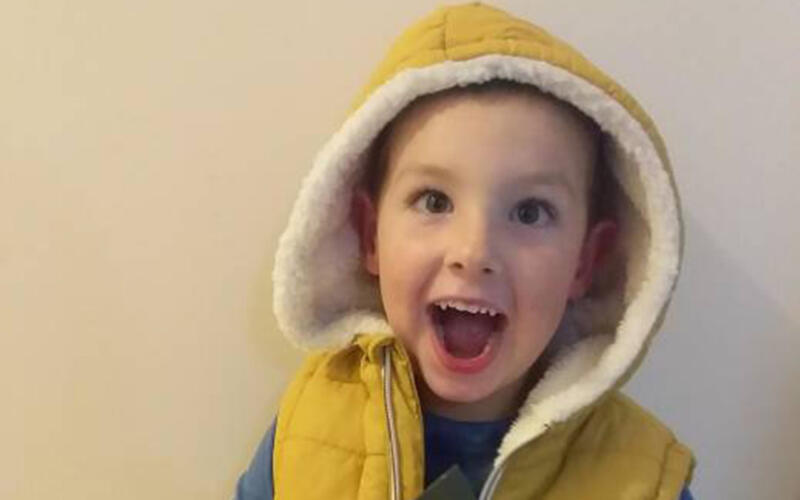 “I feel like I have the tools and the support to deal with whatever comes up with Victor from now on,” said his mum Jessica.

Two years ago an Jessica felt 'completely broken' as she tried to cope with Victor's developmental challenges.

There was no end in sight, never getting easier, only getting harder, in fact. Victor was so unhappy, so frustrated in himself especially around communication. And I mean screaming, biting, kicking, himself and us as carers for probably a good two, three, sometimes four hours a day and that is very emotionally draining.

Establishing the proper supports made all the difference for Victor.

Victor's health concerns, such as global development delay, autism, epilepsy and pica (a psychological disorder that caused a compulsive need to eat non-food times), arose from a chromosome mutation. The situation put immense stress on everyone in the family.

Key Worker and occupational therapist Amy Kindellan said "I've seen his ability to participate more and be included in daily activities that are important and meaningful for him, from increasing his independence in dressing to visiting the park safely with his family. When I think about Victor's progress, I think about his family and their ability to take a strategy or idea and make it their own, and how that has directly impacted upon how quickly he has progressed."

This article was originally published in the Border Mail, 19 August 2020. 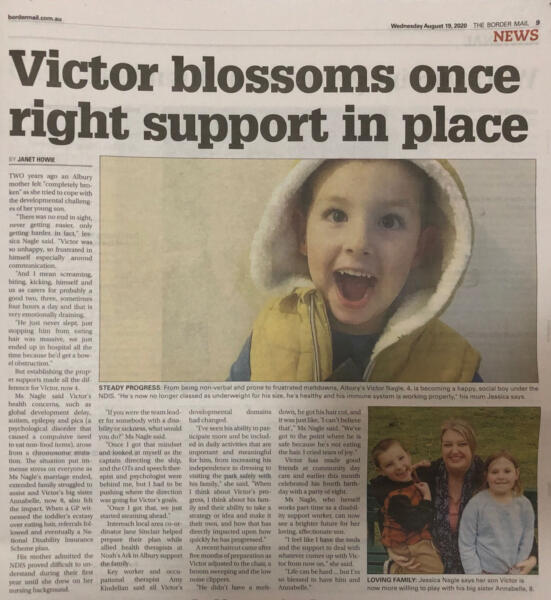